"I am a teacher and I understand this is the place at which I should present myself for a position in
that particular profession." Through the woman's warm smile I detected a little confusion. Too well
bred to say "What?" she looked a quizzical eye on me, which shouted the word just as audibly. I
repeated myself clearly but before I had completed the statement the woman asked of me sweetly,
5  "Did you say you are a teacher?"
"I am," I said. My own smile was causing me some pain behind my ears but still I endeavoured to
respond correctly. I handed her the two letters of recommendation which I had taken from my bag in
anticipation of their requirement. She politely held out her slim hand, took them, then indicated for me
to sit. However, instead of studying the letters she merely held them in her hand without even
10  glancing at their contents.
"What are these?" she asked with a little laugh ruffling up the words.
"These are my letters of recommendation. One you will see is from the headmaster at—"
Interrupting me, her lips relaxed for just a moment before taking up a smile once more. "Where
are you from?" she asked. The letters were still held in mid-air where I had placed them. "I
15  am from Jamaica," I told her.
She was silent, we both grinning on each other in a genteel way. I thought to bring her
attention back to the letters. "One of the letters I have given you is from my last post.
Written by the headmaster himself. You will see that—"
But once more she interrupted me: "Where?"
20  I wondered if it would be impolite to tell this beguiling woman to read the letter in her hand
so all her questions might be answered. I concluded it would. "At Half Way Tree Parish
School," I told her.
"Where's that?"
"In Kingston, Jamaica."
25  "Well, I'm afraid you can't teach here," and passed the unopened letters back to me.
I was sure there had been some misunderstanding, although I was not clear as to where
it had occurred. Perhaps I had not made myself as understood as I could. "If you would read
the letters," I said, "one will tell you about the three years of training as a teacher I received
in Jamaica while the other letter is concerned with the position I held as a teacher at—"
30  She did not let me finish. "The letters don't matter," she told me. "You can't teach in this
country. You're not qualified to teach here in England."
"But..." was the only sound that came from me.
"It doesn't matter that you were a teacher in Jamaica," she went on, "you will not be
allowed to teach here." She shook the letters at me. "Take these back. They're of no use."
35  When I did not take them from her hand she rattled them harder at me. "Take them," she
said, so loud she almost shouted. Her smile was stale as a gargoyle. My hand shook as it
reached out for the letters.
And all I could utter was "But—"
"Miss, I'm afraid there really is no point your sitting there arguing with me." And she
40  giggled. The untimely chortle made my mouth gape. "It's not up to me. It's the decision of
the education authority. I can do nothing to change that. And, I'm afraid, neither can you.
Now, I don't mean to hurry you but I have an awful lot to do. So thank you for coming."
Every organ I possessed was screaming on this woman, "What are you saying to me?"
She went back about her business. Her face now in its normal repose looked as severe
45  as that of the principal at my college. She picked up a piece of paper, wrote something at
the top. She looked to another piece of paper then stopped, aware that I was still there.
"How long is the training in England?" I asked her.
"Goodbye," she said, pointing a finger at the door.
"Must I go back to a college?"
50  "Really, miss, I have just explained everything to you. You do speak English? Have you
not understood me? It's quite simple. There is no point you asking me anything else. Now,
please, I have a lot to do. Thank you."
And she smiled on me — again! What fancy feigning. I could not stand up. My legs were
too weak under me. I sat for a little to redeem my composure. At last finding strength to pull
55  myself up, I told this woman, "I will come back again when I am qualified to teach in this
country."
"Yes," she said, "you do that. Goodbye."

1. What do you learn about the narrator: occupation, country of origin and sex?

2. In what country does the scene take place?

3. (lines 1-2) "I understand this is the place at which I should present myself for a position in that particular profession."
a. In the passage "the place" is not described in detail. What could the underlined words refer to?
b. Explain what the narrator has come there for.

4. (line 7). I handed her the two letters of recommendation...
Who does the underlined pronoun refer to? Suggest what that character's status or job may be.

5. What does the narrator expect the other character to do with the letters?

6. What does the narrator feel these letters prove?

7. There are three stages in the way the other character deals with the letters. Describe what these stages are.

8. Pick out two quotations from the text which show how this character justifies such an attitude.

10. (line 44). Her face now in its normal repose...
In what way have her face and attitude changed throughout the whole scene? Use elements from the whole text to justify your answer. (40 words, quotations not included)

11. What do these changes reveal about this character's true feelings? (30 words)

12. Using the following quotations, analyse the changes in the narrator's state of mind and show the different stages the narrator has gone through. (30 words)

1. The narrator is a female Jamaican teacher.

2. The scene takes place in England.

3.
a. The place refers to the headmaster's office.
b. The narrator has come there to apply for a teaching position.

4. "Her" refers to the headmistress. She is the head of the school.

5. She expects her to read them.

6. The letters show how qualified she is for the job.

7. First, she is holding the letters in mid-air disdainfully. Next she hands them back to the narrator without opening them because she knows from the start she won't give the job to the narrator. And finally, she shakes them under her nose, which reveals how exasperated she is with the narrator's attitude.

10. First, she wonders about the narrator's intentions (l.3). She is amused (l.11) by the narrator's ambitions and tries to remain professional by keeping a courteous smile on her face (l.16/20). Yet, when she realizes the narrator's determination, she gets tense and exasperated (l.36).Trying to end a time-consuming conversation, she looks indifferent and severe (l.44/45).

11. These changes reveal that this character only pretended to be welcoming towards the narrator during the job interview. But in reality, she is a cold-hearted person who doesn't take the narrator's competence into consideration but is prejudiced against non-English people.

12. Although she is nervous about the interview, she pretends to look confident at first (l.6).
Then she feels insulted and indignant when she realizes the character won't even read the letters (l.36). Next she feels deeply hurt (l.53/54).
But, in spite of her failure, she is determined to do anything to become a teacher in this country (l.55). 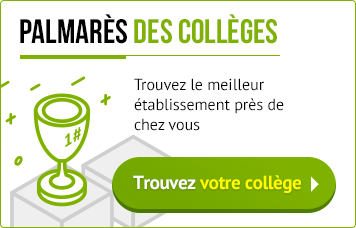 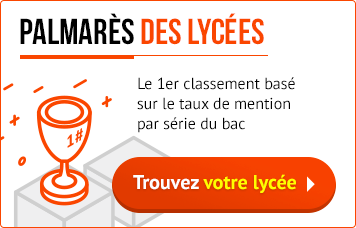 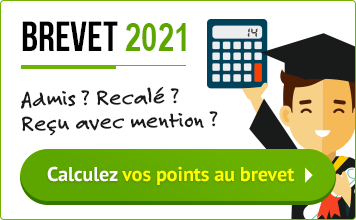